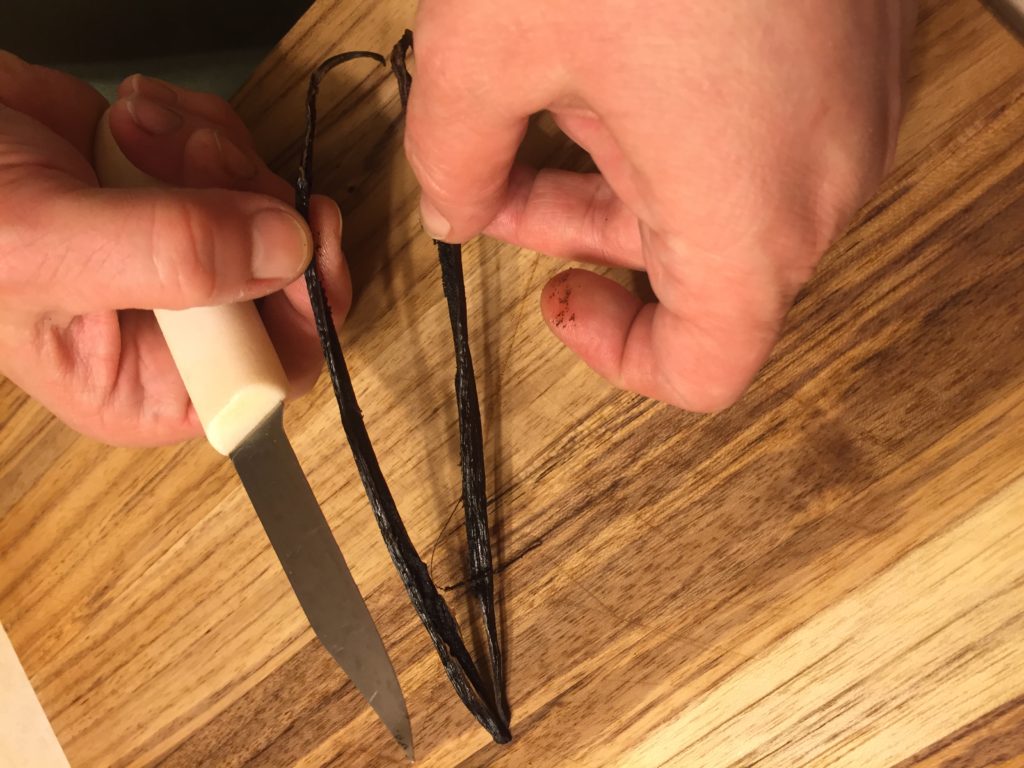 Here at Kravin Raven Vanilla we made the choice to start selling high quality organic vanilla beans because we were unhappy with the beans out there. We were paying crazy prices for dried out small beans. Enough was enough, NO MORE SMALL BEANS! So we went out and found some awesome, fat, juicy beans instead. Oh, by the way did I mention they are organic too? BOO YAH!!!!, take that tiny beans.

But, we here at Kravin Raven Vanilla didn’t stop there. Noooo, while we had found the perfect beans we were not done yet. How do you make an amazing vanilla bean better? … You give it some sugar, OOOOHHHHH YEAAA. And that’s just what we did. We gave it so much sugar something magical happened. Vanilla Sugar…

But as in every epic battle the yin must have the yang. The light must have the dark. The sweet must have its savory. So, in an act to bring order to the universe and balance the powers that be, we created the salt. But, not just any salt … VANILLA SALT….. watch out world; the battle for the ultimate kitchen spice has just begun. But hey, we could go on forever with this.

P.S Gotta love our style; but hey if your hating click here for the professional version of this.

Check out what we've bean up to!